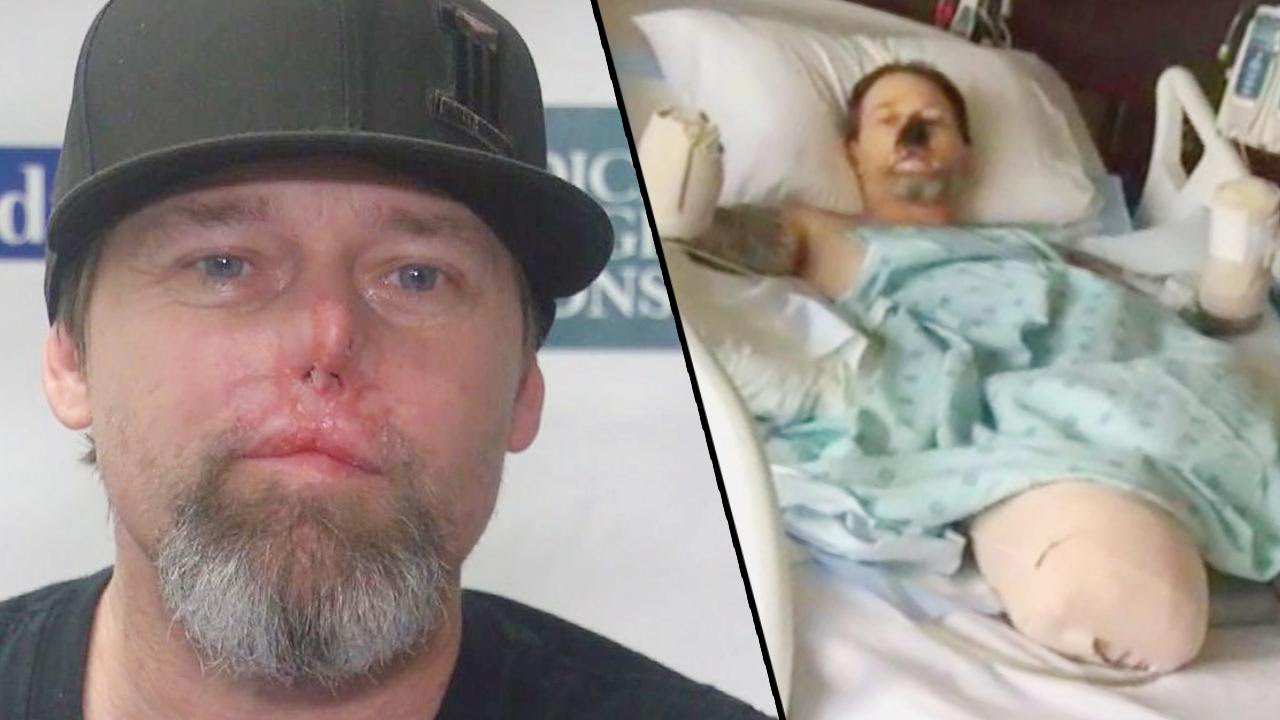 Greg Manteufel is surprisingly upbeat after losing nearly all his limbs and part of his nose. Parts of his arms and legs were amputated after doctors say he contracted a bacteria from a dog’s lick. Earlier this summer, Manteufel told Inside Edition from his hospital bed that he had gone to a party at a dog park near his home in Wisconsin

The Amish stand in solidarity and protest for George Floyd